by Dina Biondo in Team, Media 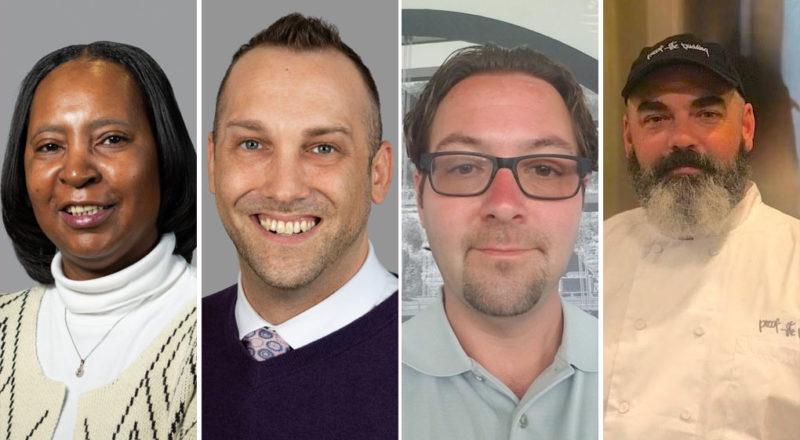 Spring has sprung with some exciting personnel activities at Proof of the Pudding! From moving up, to moving in – we’re excited to spotlight our talented team. Please join us in extending a congratulations to the March group of POPstars on the move! SHELIA LOCKHART has been promoted to General Manager of The Carter Center. Shelia has been the Operations Director of the Off-Premise Department for 6+ years and is one of the hardest working managers in our company. Shelia is an operational powerhouse and will surely bring a tremendous amount of talent to the CPC facility. Stephanie Hansard, recently promoted to Area Director, will continue to oversee the Carter Center, Shelia, Chef Ron, Jane and the wonderful team that she has helped create there. Shelia will continue to oversee the Jacksonville State University operation and will play a large part in many of our special projects/task force as the company continues to grow. MICHAEL SCOTT has been promoted to Operations Director of the Off-Premise Division. While Michael is still in his first year with Proof, he has vast experience in our local catering market place and is already making a big impact during his time with the company. He did an incredible job leading the operational charge for the NFL House in February and we are looking forward to seeing his capabilities moving forward in this new role as he leads the Operations Department. BRIAN SOKOL has been promoted to Assistant Operations Director of Proof of the Pudding’s Off-Premise Division. In just a year and a half, Brian has proved to be a very integral part of the off-premise operations team and has added so much value to the department. In this new role, Brian will continue the operational management of several of Proof’s off-premise venues. In the near future, Proof will be interviewing and recruiting to replace Brian’s former position. CHEF ALAN KNIGHT has joined the Proof of the Pudding team in a more permanent position as Sous Chef and will spend a lot of time as a key player in our Special Events Divisions such as: yacht shows, golf tournaments, etc. in a full time capacity. Since graduating from Johnson & Wales in 1994, Chef Alan Knight has been active in Atlanta’s culinary scene, including many top restaurants and clubs, teaching Culinary Arts at Le Cordon Bleu, and most recently a part of the reopening of both Mercedes Benz Stadium and State Farm Arena. He lives in Forsyth County with his wife and two children.

by Dina Biondo in Team, Media
Related Posts
Recipes, news & more
Sign up for our newsletter