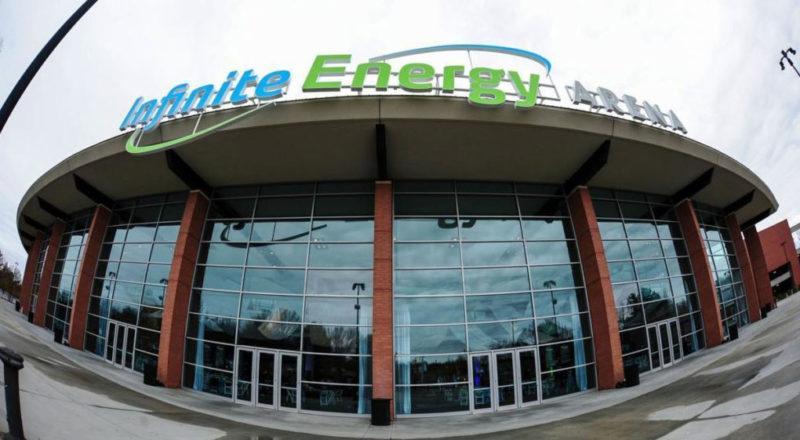 Article as published by the Gwinnett Daily Post on October 2, 2018:

What’s been a great year for the Infinite Energy Arena got even better on Tuesday when the facility was named to Billboard’s 2018 Arena Power List.

The Gwinnett arena came in at No. 8 in the top 10 arenas in the 10,001 to 15,000-seat capacity. According to Billboard, the rankings are based on a 12-month gross of total ticket sales reported to Boxscore between June 20, 2017, and June 17, 2018. Billboard credited the Infinite Energy Center with a gross of $25.5 million during that time frame.

The rankings include venues from the United States, Europe and Australia. Joey Dennis, general manager for the Infinite Energy Arena, told Billboard:

“I love to get bands in here that have never played this (venue) because they really are blown away by how cool this — what I call ‘little building’— is, from the acoustics to the sightlines,” he said, noting that U2 and Paul McCartney made their first appearances at the venue, located in unincorporated Duluth, during the past year.

Dennis said having megastars like McCartney and U2 play the arena will lead to more big-name acts coming to Gwinnett.“Word gets around,” Dennis said.

McCartney’s show in Gwinnett grossed $2.3 million, an arena record that was later eclipsed by Justin Timberlake and then by U2. Other big names who have played the venue during the past year include Ed Sheeran, Green Day, Roger Waters and Kendrick Lamar, among others.