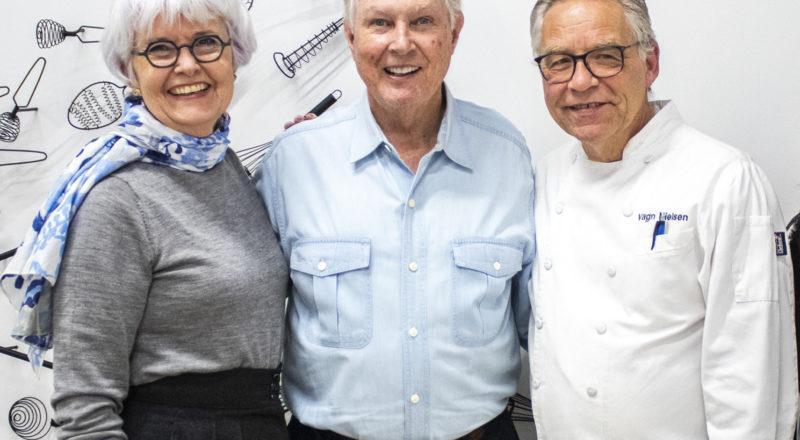 It was an honor to host a milestone celebration for the remarkable achievement of a 50 years+ career of Proof of the Pudding’s Corporate Executive Chef Vagn Nielsen. This celebratory event was awash with faces from the past and present. The evening began with Chef Vagn being treated to a type of “This is your life…” and a tremendously fun walk down memory lane. The apex of the evening was the reveal of a special film marking Chef Vagn’s storied career, which highlights his philosophy as well as the history that brought him to Proof of the Pudding. The film ’50 Years A Chef: Chef Vagn’ chronicles Vagn’s early days in Copenhagen through to his first job in Atlanta to current day at Proof of the Pudding. Viewers learn about Chef’s philosophy of cooking and how he’s been successful for 50 years in the culinary and hospitality industry. The film follows his journey with Proof of the Pudding, cooking for five decades, servicing the Carter Center and what the food and catering industry has become today. The ’50 Years A Chef: Chef Vagn’ film was shown as a surprise viewing to Vagn. In on the surprise was his wife, Lotte Nielsen (who was once a Pastry Chef with Proof of the Pudding). Staff and friends of Vagn thoroughly enjoyed watching the film as well as watching him watch the film chronicling his life. The film brought out all of the emotions, including a few laughs.

Click below to view the film and to learn more about our beloved Chef Vagn Nielsen.