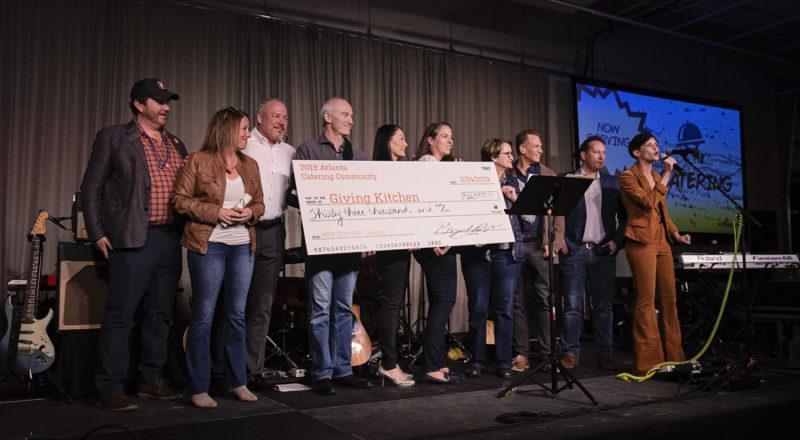 Giving Kitchen (GK) recently announced that they have now given their 1,500th grant and celebrated a record-breaking $865,000+ raised at Team Hidi 7. In February, GK also announced the expansion of their eligibility criteria to support catering, concessions and food truck workers in addition to restaurant workers as of 2019.

The Giving Kitchen welcomed Proof of the Pudding, and other top caterer organizations to present a $33,000 check from the Atlanta catering community.

ABOUT GIVING KITCHEN
Giving Kitchen (GK) is a nonprofit organization that provides emergency assistance to food service workers through financial support and a network of community resources in order to create a restaurant community where crisis is met with compassion and care. Since its inception, GK has given over 1,500 grants and served over 2,400 food service workers in Georgia. GK’s shift starts when theirs can’t. For more about Giving Kitchen, visit www.givingkitchen.org + follow on social media at @givingkitchen.